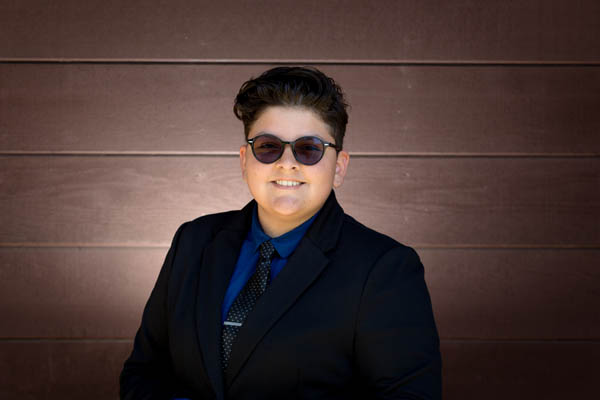 Dre Flores-Morgado is a queer youth activist, Sexuality and Gender Acceptance (SAGA) student club president, and student at Watsonville High School. As an out and proud nonbinary student of color, Dre has facilitated workshops at both local and regional queer and trans youth summits, including during the GSA Network’s annual summer Activist Camp. To help secure funding for The Diversity Center’s Mural Project, “Unify, Decolonize, Thrive,” Dre presented a statement to the Santa Cruz City Arts Commission. Dre is passionate about creating accessible and bilingual resources for queer and trans students of color. For their senior project they hope to create a scholarship to support trans youth with name change fees. Dre is also active in their school’s Mock Trial and on the Lacrosse Team. 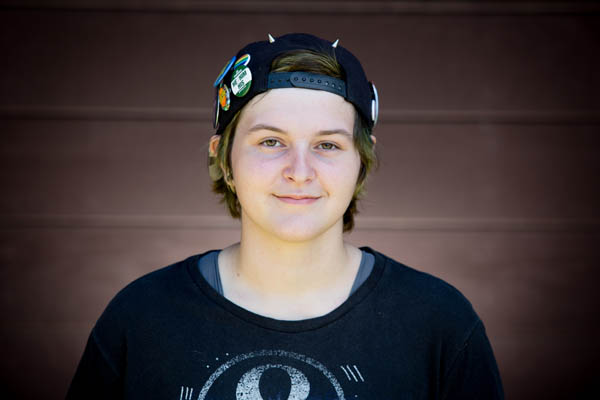 Chevelle Willhite is a student at Delta Charter High School. A Queer Straight Alliance leader for over three years, Chevelle is a quiet student but an outspoken advocate for queer justice. In his life he has endured many hardships yet he has always maintained his determination for success along with an unwavering positive attitude. Chevelle always stands up for queer and trans justice at school and in the community. For the recent Queer and Trans Youth Summit Chevelle co-created and presented a workshop on the Asexuality Spectrum that was well received by attendees. Chevelle consistently participates in every local and regional event for LGBT youth and this year attended the Creating Change Conference in Washington, DC as a Youth Ambassador. Chevelle’s activism is an asset to his community. 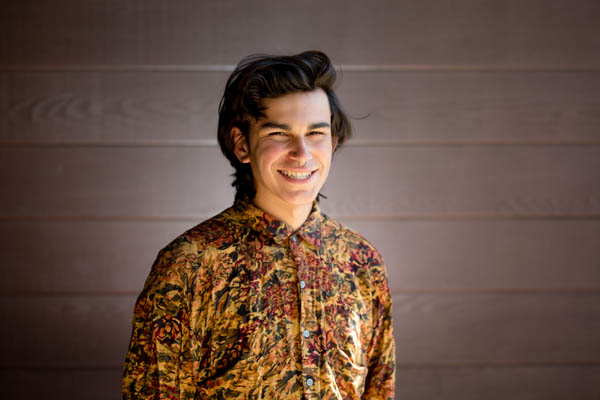 Mason Franco is a student at Cabrillo College and a Food What?! crew member. Mason has overcome a difcult past to become an activist in their community and is known for their kindness, respectful demeanor, and passion. Through Food What?! Mason has demonstrated leadership through the way they work to engage other crew members who are more reserved or quiet, and through their participation in conferences where they consistently ask critical and important issues on social justice topics such as queer rights and justice for homeless populations. Mason was recently recognized for their leadership and activism by being accepted as the 2018 Creating Change Conference Young Adult Ambassador and attended the LGBT rights conference in Washington, DC. Mason is dedicated to bringing about the positive change we need in this world. 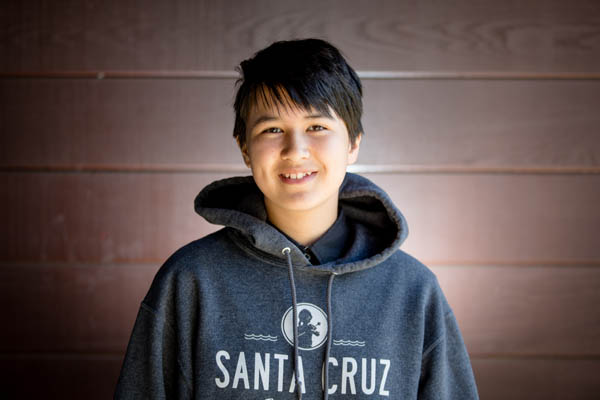 Tara Liem is a student at Branciforte Middle School and member of their school’s Rainbow Alliance. Tara is known on campus not only for their kindness but also for their activism. Recently Tara worked with members of the Rainbow Alliance to present a proposal to school staff to restructure the locker room to provide safe space for transgender students to dress out for PE. This proposal provided a more inclusive option than sending transgender students to the ofce to change, as has been the school’s policy. Tara has also used class assignments to educate their peers about LGBTQ rights and advocate for others to take action when they witness acts of prejudice. Tara is described as a role model for others and a reliable and supportive member of the Rainbow Alliance.

Abby Tiller, Amaia Leoz Maurer, and Zoey Tiller are students at Pacifc Collegiate School and co-leaders of their school’s GSA. These three extraordinary students have worked to strengthen their GSA as well as create a safer school climate for LGBTQIA+ students at PCS. Abby, Amaia, and Zoey work together to plan, announce, and facilitate weekly GSA meetings and their club’s frst feld trip, a trip to San Francisco funded by a grant they secured from the Community Foundation. The three students worked together to provide training on trans awareness to PCS staff and teamed up with student leaders of their school’s Feminist Coalition and Diversity Club to mobilize more students to participate in the MLK March. The GSA at PCS relies on the co-leadership of these three students. 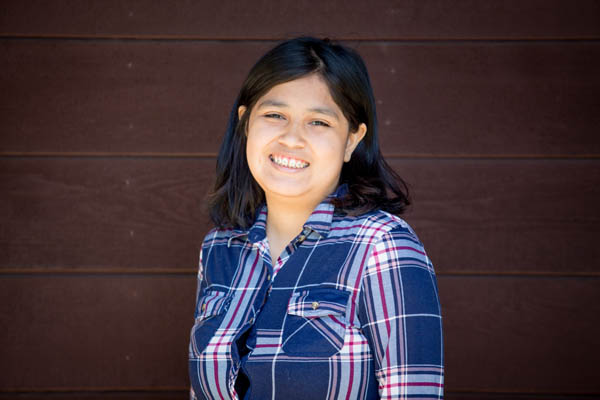 Jayden Samudio is a student at Pajaro Valley High School and is described as a “crucial member” of the leadership committee for his school’s Gay Straight Alliance. At school he has advocated for his right to use the facilities that match his gender identity and he is known as a good friend to all. Jayden also volunteers to help educate the larger Santa Cruz County community through public speaking events at LGBTQIA+ student panels for educators. As a leader for his GSA Jayden contributes important ideas and provides direction for the club. Staff at Pajaro Valley High have described Jayden as “bravely out” as trans in both his public and private life which provides much needed visibility and an example to others. 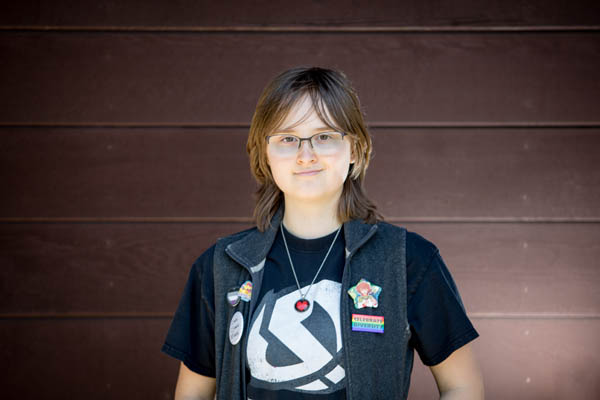 Marlena Krull is an artist and student at Soquel High School and has been an active member of their school’s Queer Straight Alliance for two years. Marlena is a leader within the local queer community. A talented artist, Marlena uses their art to educate their school community about queer identities through murals. Marlena has designed and painted several murals on the Soquel High School campus that share an important message of acceptance and community. Marlena is particularly passionate about teaching others about identities on the asexual spectrum, an area of queer identities that is often overlooked by others, including within the LGBT community in general. Marlena’s work is inspiring and empowers their peers to accept diverse identities and own their own identities. 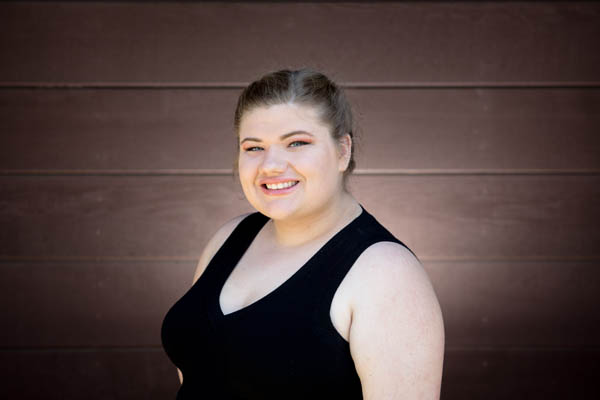 Megan Tracy is a student at Santa Cruz High School, a member of the school’s Associated Study Body, and president of the Rainbow Alliance. Megan has grown the Rainbow Alliance during her tenure as president and has also coordinated several fundraisers and events, such as helping Santa Cruz High School observe the Day of Silence. In addition to her activism for the queer community, Megan is also passionate about supporting the mental health community. Megan is currently spearheading a project at SCHS focused on mental health and positive coping techniques. Her bravery in sharing her personal history of depression has been an inspiration and great support to others on campus. Staff at SCHS say Megan is determined to “make all spaces at Santa Cruz High safe for all students.” 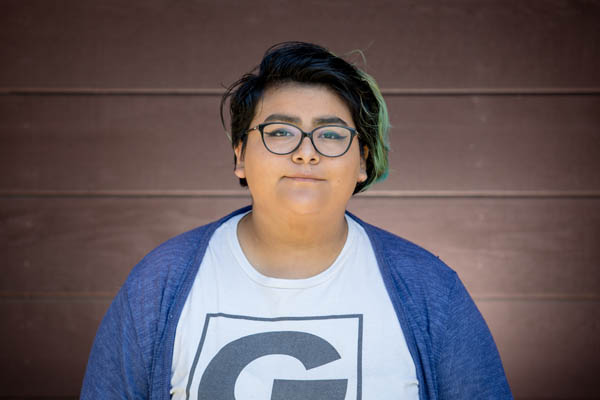 Natalie Ramirez is a student at Soquel High School and the president of their school’s Queer-Straight Alliance. Natalie is described as an invaluable member of their QSA who has helped organize many events over the past few years including Coming Out Day. For this event Natalie not only organized the event but also painted the rainbow door which students and staff walked through to symbolically come out of the closet. Natalie is also an artist who uses their work to both promote Soquel’s QSA. A recent mural included the words “Your gender and sexuality are not determined by your appearance” in an arc above a depiction of diverse individuals holding hands. Natalie’s work provides important visibility for their club and the queer community. 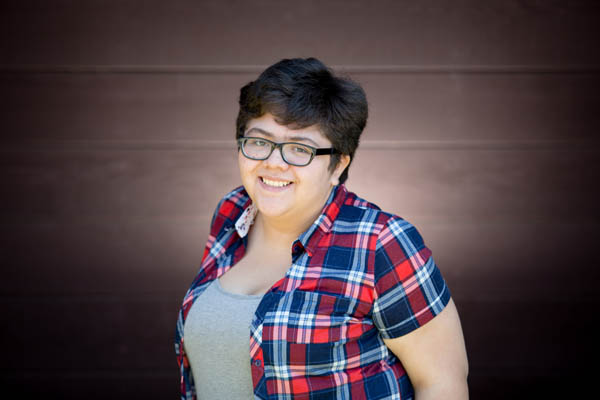 Priscilla Reveles is an out and proud student at Pajaro Valley High School and a leader in her school’s Gay Straight Alliance. Priscilla is a strong and confdent public speaker and has volunteered to be a part of student panels where she speaks about her own experiences to support the education of district counselors on LGBTQ student issues. Priscilla is the face of her school’s GSA and presents club announcements to the whole school community on the school’s weekly news broadcast. In addition to her work with her school’s GSA, Priscilla is also a volunteer for the leadership council where she provides important ideas and plans meetings. School staff describe Priscilla as a “shining example to students and adults alike.”

Sadie Reeve is an activist and volunteer at The Diversity Center. Sadie has demonstrated passion for the queer community and showcased their leadership skills in a variety of ways over the past few years. Sadie brings an important intersectional perspective to their work as a Triangle Speaker, has organized events for queer youth such as the Valentine’s Day Karaoke Night, and was instrumental in the creation of The Diversity Center Youth Mural “Unify, Decolonize, Thrive” at the Louden Nelson Community Center. This January Sadie attended the Creating Change Conference in Washington, DC where they represented Santa Cruz County as a Youth Ambassador. Sadie also mentors younger LGBTQ youth and volunteers as a host at The Diversity Center where they provide information, resources, and referrals to community members.